Coach Cliff Willis won his official regular-season debut Tuesday night as he and the Conquerors defeated the Lions of Beaches Chapel School 52-28 in Trinity’s season opener on the home court.

In front of a near-capacity crowd, the Conquerors outscored the Lions in three of the four quarters with the biggest margin coming in the third. Trinity won the first three periods 8-4, 19-7, and 16-6 in succession, and Beaches Chapel edged the Conquerors 11-9 in the fourth.

Travis King scored all 10 of his points on five field goals in the second with much help from Donavon Paris as the Conquerors built an insurmountable lead going into the halftime intermission. Paris notched assist after assist throughout the game, earning himself Player of the Game honors with his team-oriented passing and ball movement. He scored 9 points as well.

Josh Robinson led the Conquerors with 12 points, scoring all of Trinity’s 8 first-quarter tallies with a free throw, a layup, and a three-pointer. He added four more points in the third period. Sam Byers totaled 7 points on three deuces and a free throw.

With his team leading 43-17 entering the fourth quarter, Coach Willis took advantage of the opportunity to get his reserves some good minutes, and the Conquerors responded. Brayden Hagins, Joseph Sutphen, Griffin Eddenfield, and Jace Walker each scored a basket, and Makhi Burton converted a foul shot. Hagins also hit a three in the second quarter to finish the night with 5 points.

Carson Shackleford had the game-high total of 13 points for the Lions, including a trio of threes in the game’s final two minutes. Emmanuel Leon hit a pair of threes in the first half as part of his total of 8 while Braden Williams scored 5 and Noah Salazar added 2. 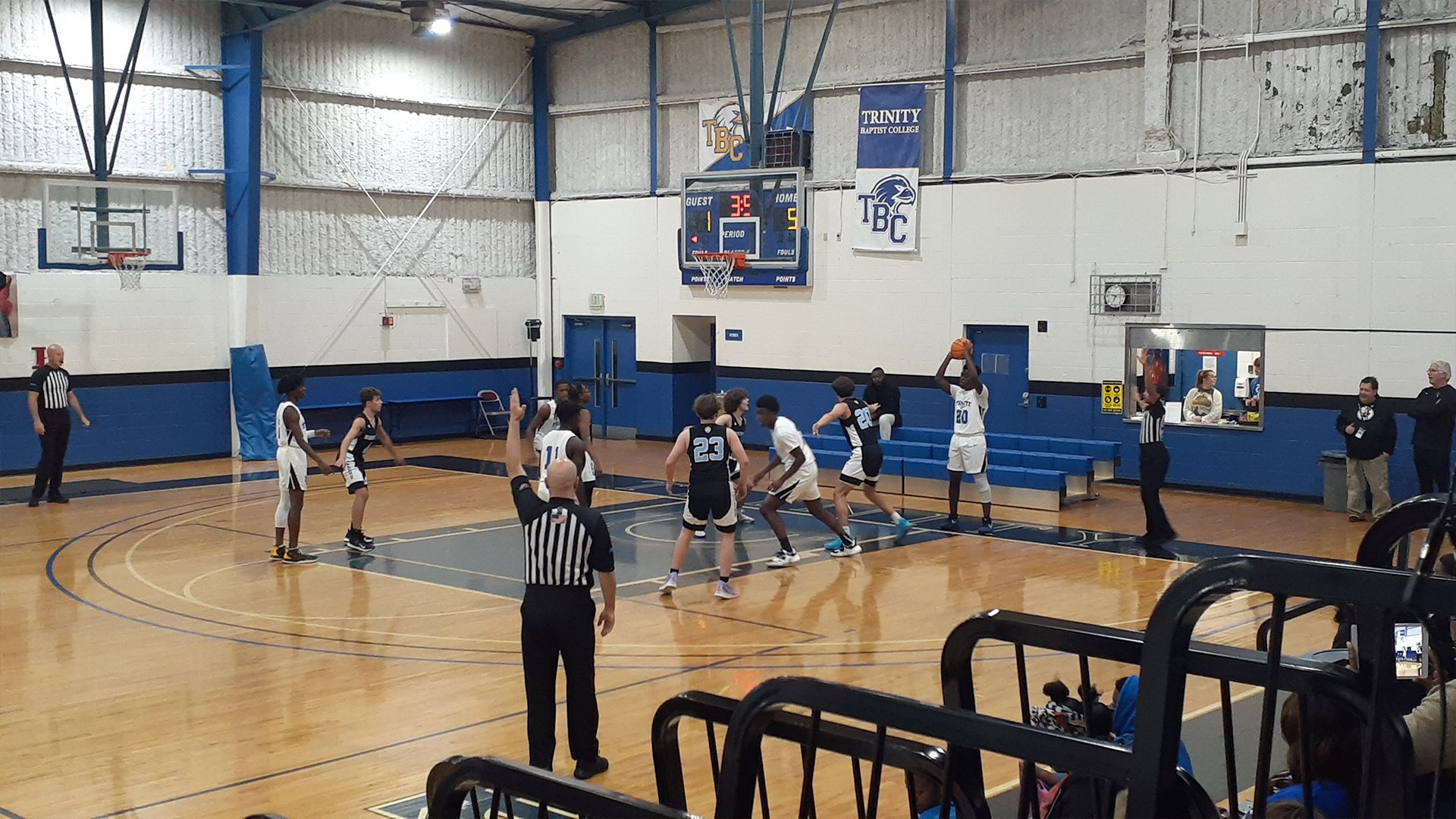